A QUEERFEMINIST TALE OF ANGER, FRUSTRATION,
SOLIDARITY AND WHATS LEFT FOR US
IN THE END.

GENRE: DRAMA / LENGTH: 15 MIN / LANGUAGE: GERMAN (ENG SUBTITLES)
SYNOPSIS:: After being assaulted in public, the budding love between Daja (21) and Robin (23) is put to a test as they are forced to confront their ideological differences while struggling to move on.

HYSTERIA aims to further a conversation on how to deal with sexual harassment and to illustrate the realities of living as a womxn as well as showing how we can defend and empower ourselves. 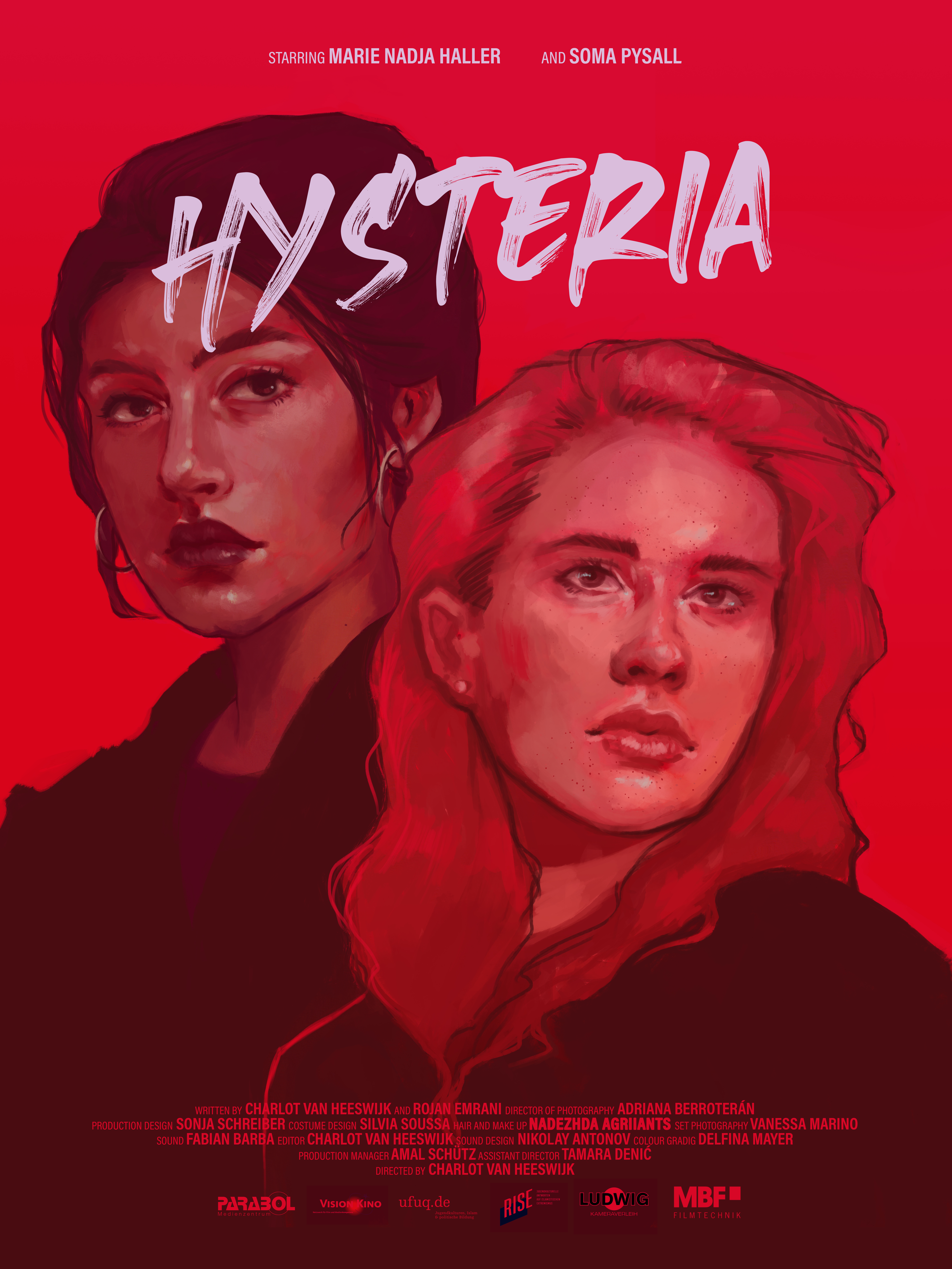